Queen and The Alarm - Owned and played Kawai EP308 electric ... 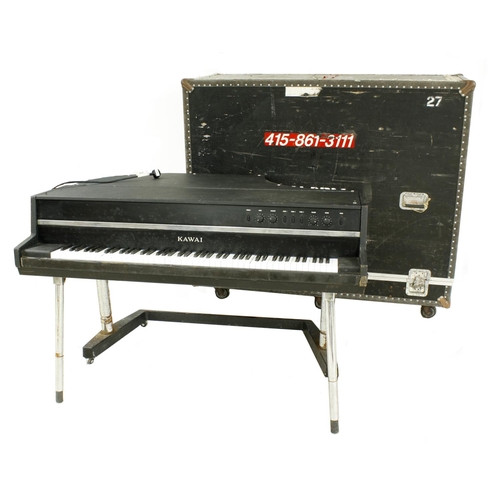 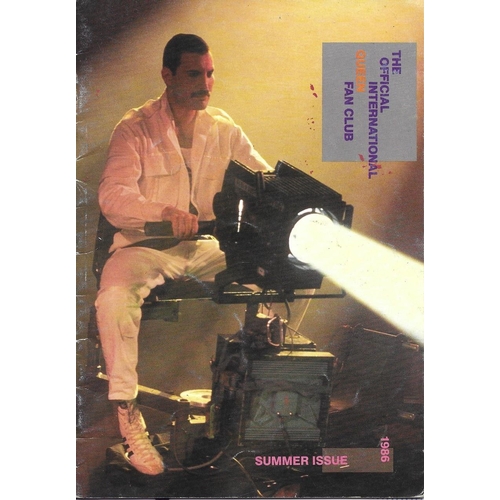 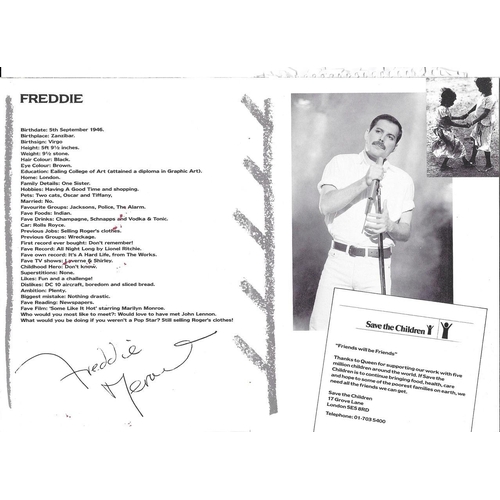 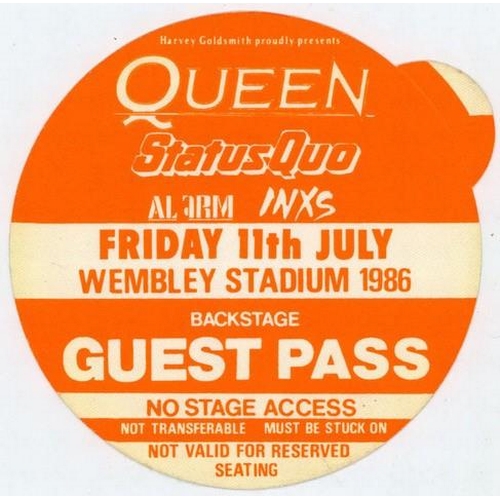 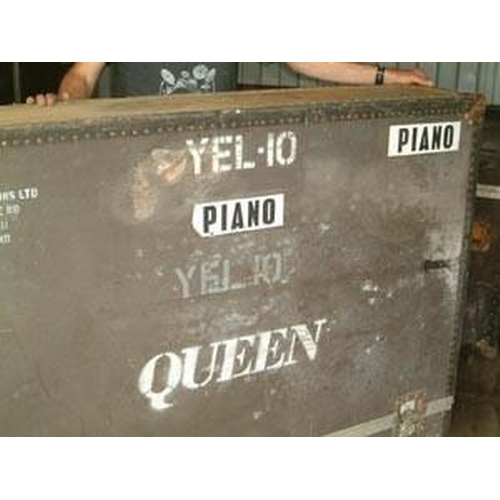 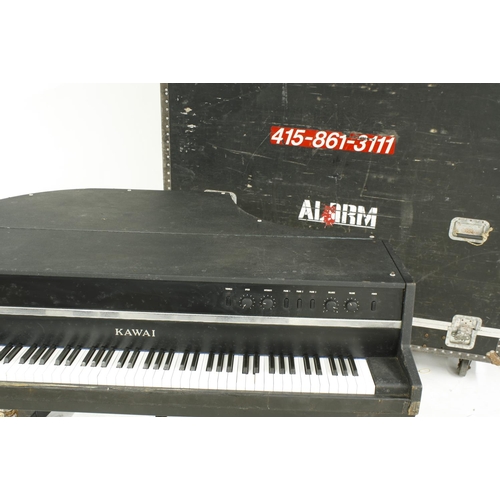 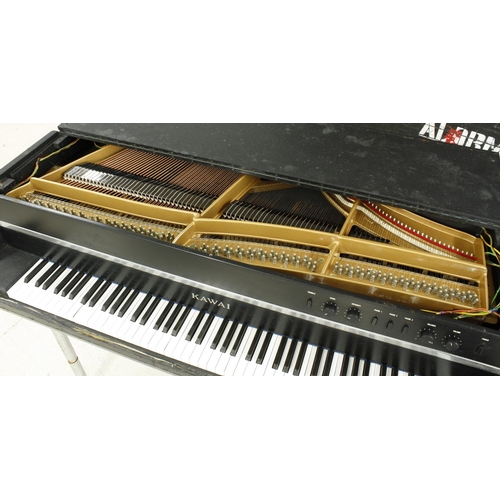 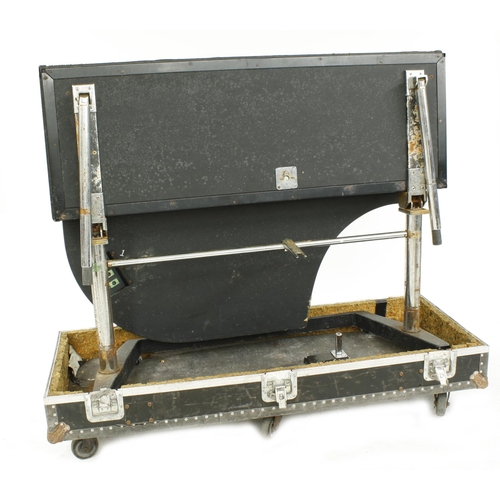 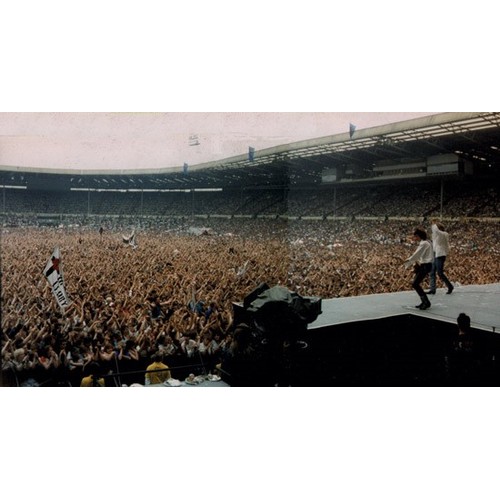 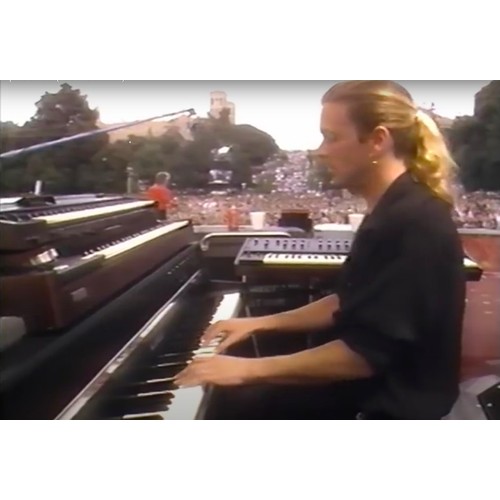 Queen and The Alarm - Owned and played Kawai EP308 electric grand piano, made in Japan, ser. no. 20765, within a heavy duty flight case on wheels, bearing an "Alarm" stencil, sold with a statement of provenance from The Alarm lead singer, Mike Peters

** Purchased by The Alarm from Queen in 1985, following a conversation between Freddie Mercury and Mike Peters after a show both bands played together in Montreux, Switzerland in 1984

Freddie Mercury was a big fan of The Alarm's first album 'Declaration'. Freddie cites the Alarm, along with The Jacksons and Police, as being his favourite groups in the Summer 1986 edition of "The Official International Queen Fan Club" magazine (see images for reference)

Mike recalls "I had a long conversation with him late into the night after we played a TV show together in Montreux, Switzerland in 1984. He (Freddie) said, “Here is the number of the Queen office, if there was anything he could do to help us, all I had to do was call”."

In 1985, the Alarm bought the electric Kawai piano from Queen. The Alarm crew picked it up from Roger Taylor's house, where they sometimes used to rehearse. This was around the time of Queen's 'The Works' album, however, it is not known what Queen may have used the piano for.

Mike comments - "I think the band may have disposed of it because better and less cumbersome digital pianos had started to come along by then. It's an electric baby grand Kawai and was used on Queen's 'The Works’ album, and also worth noting that only bands capable of international touring, like Queen and The Alarm at that time, could afford to flight case and transport such a large instrument as this."

The Alarm had transported and played the Kawai every night during the entire Strength Tour (Walk Forever / Spirit of ‘’76 etc.), including taking it back to Wembley Stadium to be played on the same stage as Queen again (following a personal invitation from Freddie), when they supported them at Wembley Stadium on July 11th and 12th 1986

The Kawai was used during the 'Spirit of '86' concert at UCLA (University of California, Los Angeles - April 12th 1986), which was the first ever 'live' global satellite broadcast via MTV

Although the flight case bears 'Alarm' markings now, it still carries the number 27 on the case which Mike recalls "I think may have been part of Queen’s equipment numbering system." Archive images show a picture of a flight case used by Queen for their Yamaha electric piano. The case is the similar manufacturing style as the one for the Kawai

The piano still works, but will need some restoration to bring back to proper working life, including a restring, and some electronic servicing

** Live photographs show The Alarm supporting Queen at Wembley, 1986 and Mark Taylor playing the Kawai at The Alarm Spirit of ’86 Concert at UCLA, California - April 12th 1986 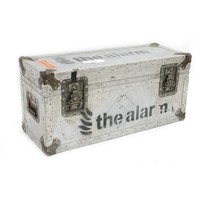 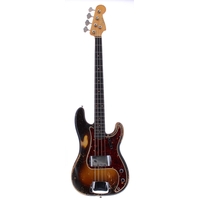